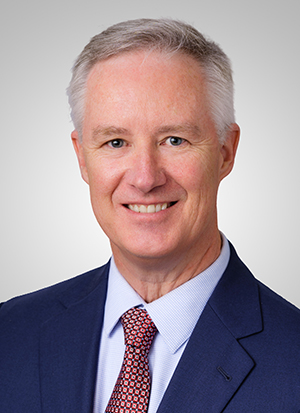 Joe McFadden is a respected technical professional with 30 years of experience in project management, claims evaluation, and litigation assistance. He began his career handling public works bids and contracts for a general construction firm, a position that provided him with invaluable insight into the methods and limitations of the bidding process. Joe’s overall field experience helps him understand firsthand the planning, budgeting, and day-to-day oversight challenges faced by project management teams.

Joe’s claims experience encompasses a wide range of construction—from commercial, correctional, educational, and manufacturing facilities to power plants, highways, and transit projects. He has evaluated disputes involving delay, disruption, damages, and other issues for owners, contractors, government agencies, and design professionals. He has participated on behalf of these clients in arbitration, in mediation, and in federal court. Joe’s proficiency with document databases, his deep understanding of technical construction issues, and his ability to organize and present evidence have proved vital to legal counsel.

Aviation Simulator Facility –  Worked on behalf of the owner in analyzing the general contractor’s claims of delay and disputed scope in the construction of a new aircraft flight-simulator facility. Prepared an expert report and presented his findings at mediation, which resulted in the successful negotiation of the dispute.

Automotive Manufacturing Facility – Worked on behalf of a design firm in defense of the contractor’s claim alleging that design errors and omissions increased costs in the $8 million expansion of a high-end sports utility vehicle plant. Joe’s review of progress data indicated a skewed measured mile methodology. After thorough analysis, CPMI was able to demonstrate that the opposing expert had overstated the actual progress achieved to inflate the contractor’s damages.

Cogeneration Facility – Supported the general contractor in analyzing delay and cost overruns in the construction of a 740 megawatt combined-cycle cogeneration plant. Due to the late completion of the facility, Joe’s analyses focused on establishing an allocation of the delays and associated costs among the project owner, the general contractor, and the equipment supplier. To do so successfully, he performed detailed reviews of project schedules, daily records, equipment records, and costing information.

Iron Ore Production Facility – Supported a joint venture of construction firms in productivity analysis on a $380 million project that included the construction of a reactor tower, briquetting machines, chemical treatment, and other support facilities for the production of iron briquettes. Provided a detailed review of the project’s progress measurement system to ascertain the work completed under an acceleration agreement to meet certain schedule milestones. Analyzed productivity in large-bore pipe welding for incorporation into the claim. Joe supported legal counsel with his analysis and findings in international arbitration proceedings.