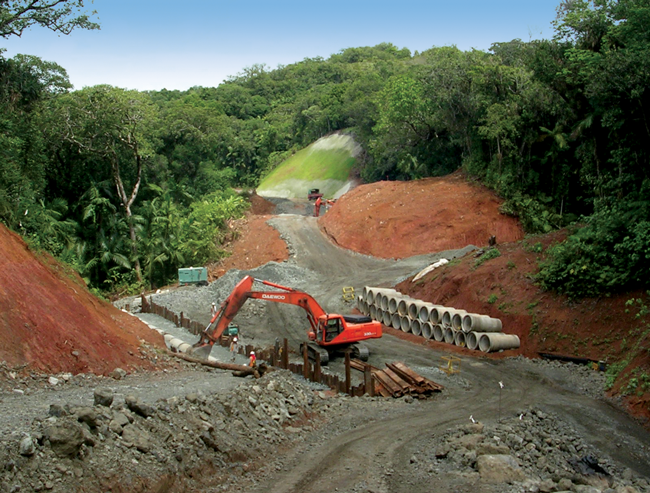 CPMI provided expert testimony in Daewoo Engineering and Construction Co., LTD. v. The United States in the U.S. Court of Federal Claims. CPMI evaluated the contractor’s $63 million claim for delay and inefficiency on behalf of the government.

The project involved construction of 53 miles of 24-foot-wide asphalt roadway in the Republic of Palau. Issues included high rainfall in the tropical climate, soil compaction, and resulting delays and impacts. Our team prepared a CPM schedule analysis, developed an as-built schedule, and evaluated the contractor’s lost productivity claim. CPMI prepared an expert report, including a detailed analysis of inefficiency costs. Two members of our team testified at trial. The court denied the contractor’s $63 million claim and held the contractor liable for $51 million for a false claim. The decision was upheld on appeal by the U.S. Court of Appeals for the Federal Circuit.

The Court of Federal Claims concluded that the government showed by clear and convincing evidence that the contractor knowingly presented a false claim with the intention of being paid for it. Alternatively, the Court of Federal Claims analyzed and rejected on the merits Daewoo’s claims that the road construction contract had contained a misleading weather-delay clause and defective road design specifications, that the government breached its duty to disclose its superior knowledge of its weather-delay calculation methods, and that the contract was thus impossible to perform.

Back to Featured Projects