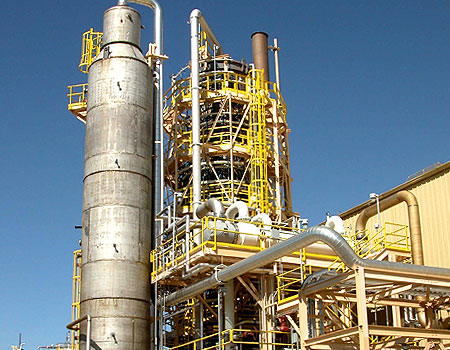 In the case of Maintenance Enterprises, Inc., IMTC, Inc. v. Dyno Nobel, Inc., CPMI evaluated delays and disruption experienced by a contractor during a $90 million expansion of an ammonium nitrate facility. This time-and-materials contract involved reconstructing plants relocated from an existing facility. The project incurred significant cost overruns from late and deficient engineering, numerous changes, and the existing condition of equipment. Our team evaluated delays associated with late engineering and changes, and the impact on labor efficiency and budget increases. CPMI prepared an expert report on cost increases and impacts on productivity, and provided expert testimony at the trial, which was held in the U.S. District Court for the Eastern District of Wyoming. The court awarded the contractor $6.2 million—97% of its claim.

The entire CPMI team provided invaluable assistance throughout the course of the litigation, including the identification of key documents, preparing the legal team for fact and expert depositions, and developing the client’s case for trial. Bruce Baynes provided excellent, insightful forensic analysis, and Mike D’Onofrio, who, in addition to his analytical skill, was an excellent trial witness who established near instant rapport with the jury.

Back to Featured Projects