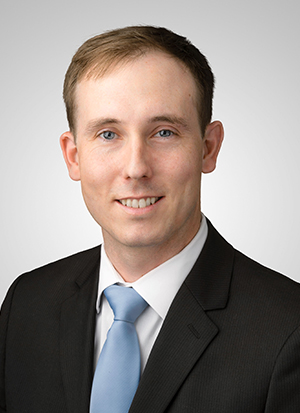 Ryan Clark has more than 13 years of experience in the construction and manufacturing industries. While at CPMI, Ryan has analyzed construction claims, performed CPM scheduling, developed graphics and reports for understanding construction disputes, performed project cost analyses, reviewed delay and inefficiency claims, and litigation.  Previously, he was a Quality Control Manager for an organization that performs construction and environmental services for Federal government agencies. He spent 5 years with the U.S. Army Corps of Engineers where he was assigned to the Construction Division to perform Quality Assurance of construction on major U.S. military projects in South Korea. Ryan also served as a project engineer to assist the federal government in the Hurricane Sandy clean-up efforts that inflicted billions of dollars in damage in the Northeast. He has worked at the enterprise and project levels for both private and government projects/programs.

Brewery Expansion Project – Analyzed delay on of five new, state-of-the-art packaging lines on a brewery expansion project to increase capacity to 20 million hectoliters of packaged beer annually, making it one of the largest in the world.  The contract value was over $250 million.  Assisted in writing deposition questions, performed a site visit, and lead meetings with senior stakeholders to establish a delay position.  Engaged leading fact witnesses to develop detailed timelines of events and corroborated all facts with project documents. End work product involved a series of comprehensive graphics integrated with an extensive report which was used as a road-map to a successful settlement.

Crankshaft Press Foundation – Analyzed the delay associated with a new, highly complex $9 million crankshaft press foundation.  Evaluated delay and alleged damages levied against the client.  Reviewed the schedules and created powerful graphics with an accompanying report which detailed the root cause of the delays.  Assisted the client during mediation of the claim which ultimately lead to a successful settlement.

High Rise Modular Hotel – Evaluated cost increases associated with the construction of a unique, 23-story modular hotel with 210 modules.  Reviewed and analyzed scope growth and associated hard and soft construction costs to determine areas of budget overruns.  Root causes of overruns were determined based on a full review of project documents to include, but not limited to: financial statements, plans and specs, meeting minutes, and contractor cost reports.  Results discovered through an extensive analysis were developed into graphics and presented as a detailed report of findings complete with recommendations to assist the client in making more accurate budget projects and avoid overruns on future projects.

Mid-Rise Condominium – Performed reviews of periodic schedule updates of a $100 million mid-rise luxury apartment complex in New York City.  Performed site walks with the client to verify the state of construction to assist in billings and verifying schedule accuracy.  Discrepancies were noted both during site walks and in reviewing the technical makeup of the schedule (logic ties, proper updating, critical path verification, review of delay issues, missing activities, etc.).  Provided the client with a full list of comments that could be reviewed and forwarded to the contractor for action.