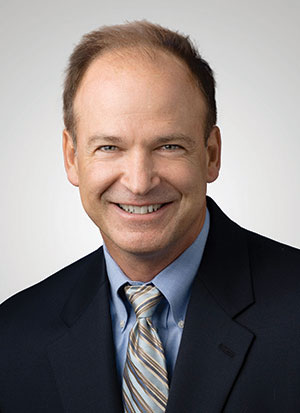 Steve Weathers is a founding shareholder of CPMI and a highly regarded expert witness whose testimony has been commended by both clients and judges. His technical findings have been referenced in multiple court opinions, including Metcalf Construction Co., Inc. v. the United States, No. 07-777C (presently under appeal), in which the plaintiff received $0 damages in connection with a $26 million lawsuit. The court ruled in favor of CPMI’s client, the U.S. Department of Justice. Steve recently testified in the U.S. Court of Federal Claims in two other matters: Meridian Engineering Company v. United States, No. 11-492C, involving a $6 million claim on a flood control project in Nogales, Arizona, and Liquidating Trustee Ester Du Val of KI Liquidation, Inc. v. United States, No. 06-465C, involving the contractor’s wrongful termination claim on the construction of the new U.S. Embassy in Dushanbe, Tajikistan. In both matters, rulings were made in favor of CPMI’s client. Steve has testified at the Armed Services Board of Contract Appeals, the Civilian Board of Contract Appeals, U.S. Court of Federal Claims, in other courts, and in arbitrations.

Steve has over 35 years of experience in construction/project management, critical path method (CPM) scheduling, and quantification of construction damages. He has applied his considerable expertise to support clients involved in complex contract disputes on multimillion-dollar lawsuits involving schedule delay, loss of productivity, and other issues.

“How to Effectively Use an Expert in a Government Contract Disputes Case,” ABA Contract Claims and Disputes Resolution Committee meeting, Washington, D.C., February 2019.

In Phillips and Jordan, Inc. v. The United States (Fed. Cl. 15-1301C), in which the Court found that plaintiff failed to establish several elements of its differing site conditions claim and failed to establish uncompensated liability; regarding Steve and his testimony the Court noted the following:

In LCC-MZT Team, IV (a/k/a Larkor Construction/Macro-Z-Technology Team IV) v. The United States (Fed. Cl. 16-1406), on which Steve testified on behalf of the United States, the Court awarded only about 10% of the damages sought by plaintiff. Steve’s testimony was referenced in the decision as follows:

Mr. Weathers was a more credible witness at trial than plaintiff’s expert and also had prepared a careful expert report on all issues, including the issues on which (opposing expert) offered a revised expert report.

As noted above, the court found Mr. Weathers more credible and far more persuasive in his testimony at trial and in his expert report than (opposing expert), plaintiff’s expert.

Moreover, plaintiff’s expert (opposing expert) made multiple mistakes in his calculations and offered unsupported conclusions in his expert reports and in his testimony at trial. To the contrary, defendant’s expert Stephen Weathers was more credible in his expert report and as an expert witness at trial.

In Metcalf Construction Co., Inc. v. the United States, No. 07-777C, the court’s opinion made multiple references to Steve’s testimony. For example:

Despite Metcalf expert’s inability to conduct a CPM analysis, the Government’s expert, Mr. Weathers did so, pointing out that Metcalf’s July 1, 2006 internal schedule indicated that it would complete the project on time, despite any external delays.

… Metcalf’s general overhead rate should be no more than 1.83%, based on the Government’s expert (Weathers) testimony that Metcalf improperly included overhead for the entire year 2002, although the effective date of the contract was January 29, 2003.

In R.P. Wallace, Inc. v. United States, Case 96-222 C in which the Court found that the plaintiff was entitled to the return of $4,200 in retained liquidated damages as compared to its claim of $400,000, the Court’s opinion noted, in part:

Mr. Weathers, agreed that, based on the exchange of correspondence and specifications, it might take up to three weeks for a contractor to conclude that a product that it was seeking could not be obtained. The court thus concludes that, beyond the 36 days already allowed by defendant, plaintiff has established that, for the submittal period, it is entitled to an additional period of excusable delay totaling 21 days.

On this point, the court credits defendant’s expert, Mr. Weathers, who, when asked if plaintiff should have stayed with Alenco when advised that it would take 22 weeks to fabricate the windows, testified: “I would have expected that there would be some research done, perhaps a question to the architect who he designed around, if he had any suppliers in mind, whether the Navy could, but at that I point I would certainly think that it would be given consideration to go elsewhere.”

In Mitchell Enterprises, LTD vs. GSA (Civilian Board of Contract Appeals 402), in which the contractor was awarded $0 in connection with its $1 million loss of productivity claim, the board noted Steve’s work several times in its denial of the contractor’s appeal. For example:

We note also that Mr. Weathers conducted a measured mile analysis, as a result of which he concluded that LDI’s labor productivity was “relatively on target” through the end of 2002 and fell off significantly after that date. He attributed the loss of productivity largely to actions of various subcontractors (including LDI’s own actions). He found no cause-and-effect relationship between GSA’s actions and LDI’s loss of productivity.

U.S. Courthouse in Texas – Assisted the U.S. General Services Administration (GSA) in defense of claims arising from construction of a new $32 million three-story U.S. courthouse. He presented his findings in mediation, where the general contractor’s claim was resolved. The mechanical subcontractor’s claim remained unresolved and the dispute was heard by the General Services Board of Contract Appeals (GSBCA). The board accepted Steve as an expert in delay, schedule analysis, disruption and construction damages. During his testimony, Steve demonstrated the lack of a causal linkage between the alleged impact (lack of interstitial space) and the claimed damages. The Civilian Board of Contract Appeals (CBCA) awarded $0 damages to the contractor.

U.S. Courthouse in Missouri – Supported counsel in defense of a contractor’s wrongful termination claim arising from construction of the U.S. courthouse in St. Louis, Missouri. With over a million square feet, the 29-story facility houses 25 federal courts and offices for the FBI, the U.S. Marshall Services and members of Congress. It also comprises an on-site firing range, a fitness center, a medical center and a three-story underground parking structure. Steve developed a detailed as-built schedule of the work performed by the contractor and subcontractors during construction and also performed an independent schedule analysis. The case was settled to the satisfaction of the GSA and the Department of Justice.

Government Air Propulsion Center – Worked with the U.S. Navy counsel in defense of a $9 million wrongful termination claim. The claim arose out of the construction of a system designed to simulate the conditions to which jet engines are exposed. Steve performed detailed schedule and issue analyses, assessed damages, prepared graphics, and completed an expert report. The default termination was upheld at trial, and the contractor was awarded less than 1% of its claim.